Magpies boss Eddie Howe targeted attacking reinforcements after Callum Wilson was ruled out for eight weeks with a calf injury. 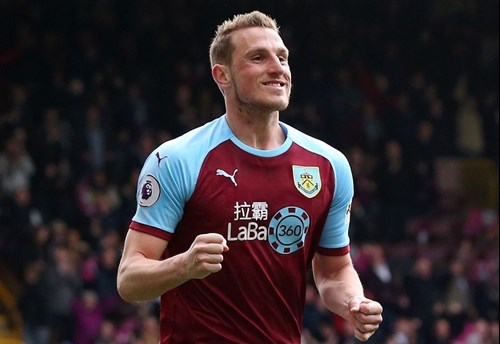 It had been thought Burnley would not sell the player to a Premier League relegation rival, but Newcastle triggered the release clause in his Clarets contract.

"This is a very exciting opportunity for me and I'm delighted to be a Newcastle United player," said Wood.

"I have played at St James' Park a few times and it's an amazing place, so to have the chance to represent this club with those incredible supporters behind me and my teammates is very special.

"The club and manager have been first class during this process, and I really can't wait to get on to the pitch and repay the faith they have in me, especially with a vital part of the season ahead of us." Wood, who was Burnley's record signing when he arrived from Leeds for £15m in 2017, scored 53 goals in 165 games for the Clarets, including three in 17 league appearances this season.

The move leaves Burnley boss Sean Dyche with a major problem after losing one of his most experienced forward players.

The Turf Moor side and Newcastle are level on 11 points in 18th and 19th place in the top flight, although Burnley has two games in hand.

"Chris is an important signing for us at a crucial time and I'm very pleased we have been able to move quickly and bring him here," said Howe.

"He is a very dangerous attacking threat, has a physicality and character that I really like, and he has vast experience in the Premier League. He will be a great fit for us."

Wood could make his Newcastle debut in Saturday's home game with Watford, who are two points above the Magpies in 17th.