From an early age, the USA sport has been a big passion of mine, with years of the following season after season of American Football (NFL) and basketball (NBA in particular) and give betting tips. I eventually realised that all the action and sudden twist and turns of basketball meant that this was definitely my number one game. Thats the Sixth Man (refuse to lose)

When I make my choice for which kind of bet to put for each game, I check all alternatives for example; total handicap, Asian handicap, first to score, or win the first quarter. Yeah, you get it! I double AND triple check statistics for each team, comparing them to each other, their daily form, which players are in or out for the day etc. With my expertise knowledge as well as trusting my gut feeling,my track record shows that I really do know this game..

Sixth Man is an unofficial name for certain basketball players.

Sixth Man is the name given to players who are not in the starting five but still have a major influence on the game. You sit on the bench at the beginning of the game, but are often the first to come on into the game. These players often play for as long as the starting five and often achieve similarly high statistics.

Red Auerbach is considered to be the inventor of the sixth man concept, which won nine NBA championship titles as coach with the Boston Celtics in the 1960s.

The NBA Sixth Man of the Year Award is an award from the NBA for the “Most Valuable Sixth Man”.

In the NBA league, we find a lot of superstars which makes it very exciting to watch and also tickles your nerves. So 85% of the time I put bets on basketball and the rest of this 10% will be some NBA and the last 5% is a mix of sports where I find the best odds. If you have been in the world of betting for a while you have probably seen the big differences between all the bookers, sometimes you really find the same bet but the odds are completely the opposite. That’s when the golden opportunities present themselves. Happy betting!

A lot can be learned by anyone just by reading the numbers. And to be honest, any can read a proper statistic sheet. The difference with Danny is he looks at a lot of outside factors that you simply just cannot quantify on paper. He gives a lot of useful insight and tips on NBA Players and their ability to explode in a game.

I have to admit; I didn't know where the Arsenal Chelsea game was headed. I was almost going to go for the Blues but after worrying a bit, I decided to try getting some advice. Danny saved my ass! After reading his injury reports on the Blues I switched! Definitely a win!

Danny Roads is my man for absolutely anything related to the NBA! This man gives you advice and insight unlike any other! He not only knows how to compute the odds but also explain it to you properly instead of just leaving you hanging. He’s got the numbers and the reputation to back him! 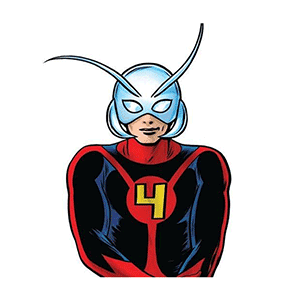 This is a test review