The 33-year-old wide receiver stripped off his jersey and pads, gestured to the crowd and walked back to the locker room midway through the third quarter.

Brown was apparently angered by a conversation with one of the team staff, while on the sidelines.

"He is no longer a Buc," said Tampa head coach Bruce Arians after the game, which his team won 28-24.

"That is the end of the story, Let's talk about the guys who went out there and won the game." 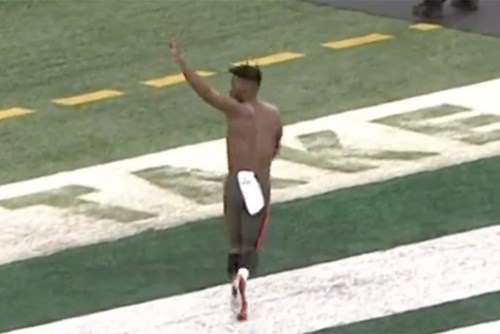 Arians later told Fox Sports that he twice instructed Brown to enter the game and the 12-year veteran refused, so Arians told him to "get out".

The Bucs, who were trailing 24-10 at the time of Brown's walk-off, triumphed after quarterback Tom Brady led a game-winning drive in the final minute. The victory moved them to 12-4 for the season - they have already qualified for the playoffs as NFC South winners.

"We want to see him be at his best and unfortunately it won't be with our team," said Brady when asked about Brown. 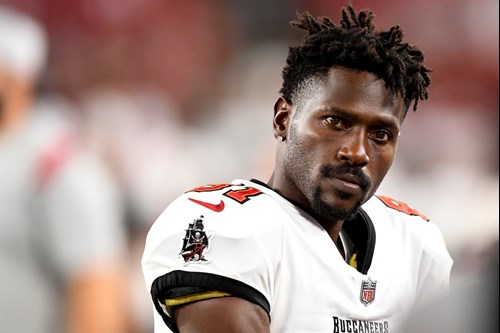 "We have a lot of friendships that will last. I think everyone should be very compassionate and empathetic toward some very difficult things that are happening."

Brown, who helped the Bucs win Super Bowl 55 last year, had three receptions for 26 yards at the time he left the field.

He has 42 catches for 545 yards and four touchdowns in seven games this season.

A seven-time Pro Bowler with the Pittsburgh Steelers, Brown has had a chequered career.

He was released by New England Patriots in 2019 after one game amid allegations of sexual misconduct and threatening text messages.