Of course, the two second legs in the semi-finals of the UEFA Champions League are in the focus of international football fans during the week. But also in England's second division, so lets have a sports betting tip what let us win.

the Championship, there is an extremely interesting direct duel for the second direct promotion place in the Premier League. On Tuesday evening, starting at 8:00 p.m., Vitality Stadium may be the scene of a big celebration.

Should the bet on a home win pay off in the catch-up game of matchday 33 between Bournemouth and Nottingham, the Cherries could no longer be ousted from second place in the table before the final round next weekend. However, if the guests from the East Midlands manage to kidnap all three points, they would suddenly be in pole position for the vacant spot towards the Oberhaus.

Who should stop the Tricky Trees?

Since the Garibaldi Reds are currently in third place, three points behind their coming opponents, but at the same time have a goal difference that is one goal better, two victories at Vitality Stadium and at Hull City at the weekend could be enough to secure a return to the Bundesliga that has not been thought possible in the meantime create Premier League. Ahead of Bournemouth vs. Nottingham, we wouldn't rule out a prognosis on the rise of the former European Cup winners.

In our opinion, it is even very conceivable that the Cooper team will take something countable with them on Tuesday evening. Winning four games in a row, keeping three clean sheets and generally not conceding more than one goal in 13 straight matches for two and a half months definitely has the momentum and confidence on their side.

In order to follow this impressive positive trend of the last few weeks, the odds on the away win between Bournemouth and Nottingham are definitely recommended. At least in the two-way market. Coach Cooper can also draw on almost unlimited resources and will probably not change his victorious team from the weekend, who won 5-1 (!) against Swansea. By the way: Bournemouth had to settle for a 3-3 draw against their opponents from Wales a week ago.

There have been 13 competitive games between these two clubs in England's second and third divisions. The Cherries have five wins to their credit. Five matches ended in a draw, while Nottingham prevailed in three. The first leg of the current season was a close affair in favor of Bournemouth (2-1).

It's also worth noting that only one of their 13 meetings broke the 3.5 goal mark. We need offensive fireworks on Tuesday, also because of the enormous importance of this duel, so don't expect it. 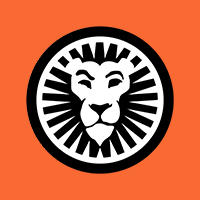