The Brooklyn Nets will after their third consecutive win as they visit the Oklahoma City Thunder on Sunday evening.

Kevin Durant and James Harden will have extra motivation to perform well against the team that drafted them and which they took to the NBA finals back in 2012.

The Nets had a rough start of the season with all the drama surrounding Kyrie Irving's decision not to get a vaccine, which led them to a 2-3 start.

Since then, Steve Nash has regrouped his squad that is now at 9-4.

Last night, the Nets won 120-112 in New Orleans against one of the worst teams in the league.

The team shot 50.6% from the field and 52.9 from the three-point line led by James Harden who played his best game of the season, scoring 39 points with 12 assists.

Kevin Durant was on his usual level with 28 points, 8 assists and 7 rebounds.

Unlike the Nets, the Thunder are still in a phase where they develop young players but their record so far is quite promising as they are at 5-6.

They defeated the Lakers twice this season and they host the Nets after a four-game winning streak.

In their last game, the Thunder beat the Sacramento Kings 105-103.

Luguentz Dort and Shai Gilgeous-Alexander both had 22 points with Darius Bazley adding 15.

There is no need to tell that the Nets are a much better team than the Thunder and can defeat them without even playing at 100%.

Still, this is the second game in back-to-back nights for the Nets and many players will have to step up.

Durant will definitely put big numbers in front of a crowd that once saw him as a hero but things have changed since then.

Anyway, the Nets have a deep roster and any of those guys can step up if needed which will be enough for an easy win against the Thunder.

We suggest you placing your bet on Nets -8.5 win. 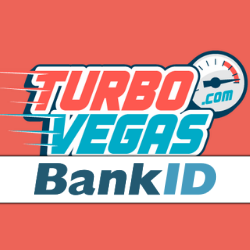