Serbia stun Portugal in Lisbon to qualify for the World Cup

Fulham striker Aleksandar Mitrovic scored a dramatic late winner as Serbia booked their place at next year's World Cup and condemned Portugal to the play-offs.

Hosts Portugal only needed a draw to qualify and looked to have done enough, with Renato Sanches' opener canceled out by Dusan Tadic's equalizer. 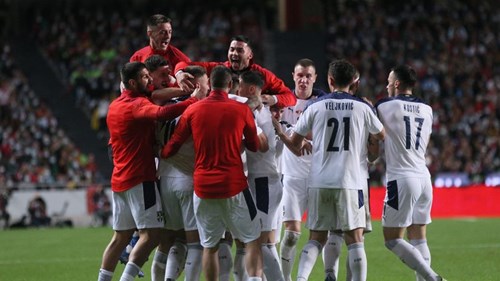 Mitrovic, who started the game on the bench, was sent on at half-time but Portugal was wise to his threat and kept him largely quiet.

However, the home side let their concentration slip in the final seconds and Mitrovic pulled away from his marker to meet Tadic's deep ball and send a downward header into the back of the net.

The goal prompted wild celebrations on the bench and on the pitch from the Serbia players and staff while the Portuguese team stood in disbelief with the home crowd silenced.

Serbia finish top of Group A with 20 points, three more than Portugal, whose hopes of playing in Qatar next year rest on two rounds of play-offs in March.

The defeat also ended Portugal's unbroken winning run in home World Cup qualifiers which had stretched back to October 2013. 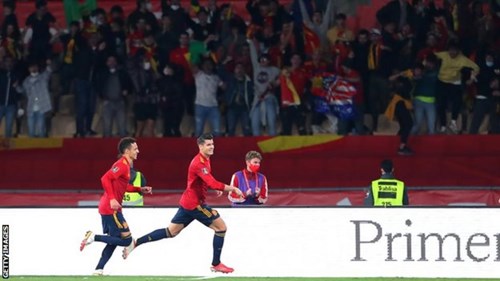 Sweden goalkeeper Robin Olsen tipped Dani Olmo's shot onto the crossbar with Morata on hand to tap the ball in after 86 minutes.

Luis Enrique's side needed just a point to top Group B while Sweden needed to win to finish above their opponents.

The result means Spain has qualified for a 12th consecutive World Cup finals. 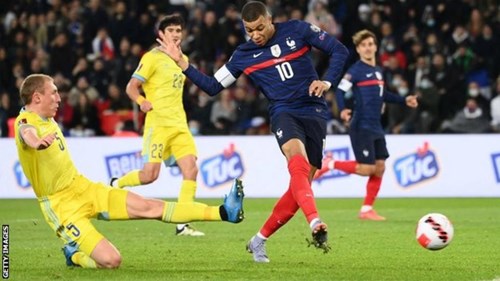 Kylian Mbappe scored his first hat-trick for France as the reigning world champions secured their place at next year's World Cup in Qatar in style by thrashing Kazakhstan.

Mbappe got four of the eight goals, with the striker's first three coming in the opening 30 minutes.

He completed the route with a late fourth.

Karim Benzema got two after the break. Adrien Rabiot and Antoine Griezmann, with a penalty, were the other scorers.

Mbappe's hat-trick was the first by a France player in a competitive international since Dominique Rocheteau in 1985.