Novak Djokovic wins Paris, finishes the year at No. 1 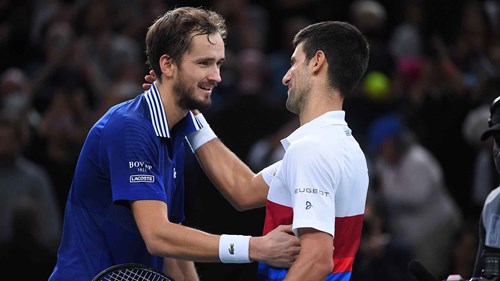 One day after he clinched a record seventh year-end No. 1 finish in the FedEx ATP Rankings, the Serb showed once again why by many is considered the best player ever.

Djokovic, who shared an emotional moment after the win with children Stefan and Tara, rallied to victory from a set down for the 14th time this season to capture his record sixth Bercy title in his seventh final.

Earlier this year, Medvedev broke Djokovic’s dream to win the calendar Grand Slam after the Russian won the US Open in straight sets.

“I went back and reviewed the final of the US Open to see what I did wrong and what I did right,” Djokovic said after the match.

“I tried to read the patterns of his serve and the ball toss, maybe. I tried to look for the small details, because it was a match of small margins. He started better, broke my serve in the first game and I came back. He served the first set out pretty comfortably, but I felt as if I was there.”

”I thought it was only a matter of time when I was going to read his serve better, and start to make some plays. You can’t go through him. You have to find a way to play with controlled aggression, play the right shots at the right time and make him come in. It’s variety that wins matches against him. We both suffered on the court and there was a lot of gruelling rallies.” 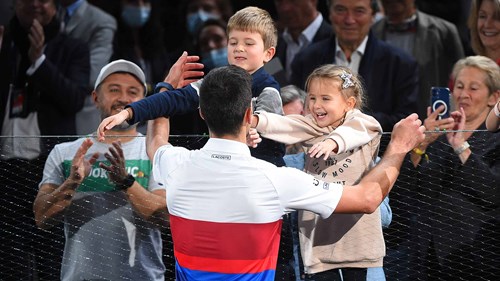 Medvedev entered the Paris tournament with a chance to get on top of the ATP rankings but the 34-year-old Serb showed class in his first tournament after two months.

In a dynamic and physical encounter, Djokovic struggled initially losing his serve at the start of the match and committing six unforced errors in the first two games, but settled and won the next three games. Medvedev’s consistency, which makes him the toughest Djokovic’s opponent at the moment, was in evidence with his athleticism around the court. The Russian chased down a drop shot to break for a 4-3 advantage and later closed out the first set.

Like many times before, Djokovic played his best tennis with his back against the wall. He broke Medvedev’s serve for 3-1 and despite Russian’s efforts, Djokovic closed out the second set.

The deciding set started with both players holding their serves, but in the fifth game, Djokovic took his game to the next level and broke Medvedev despite the 40-15 lead by the Russian.

From that point, Djokovic took off with another break and 5-2 lead and finished the business for his fifth title of the season.

It was the first Paris final to feature the top two players in the FedEx ATP Rankings since Stefan Edberg played Boris Becker in the 1990 final.