How Close Are Man United To Sacking Ole Gunnar Solskjaer?

Manchester United’s embarrassing 5-0 home loss to Liverpool at Old Trafford on Sunday has been followed by huge criticism towards their manager Ole Gunnar Solskjaer.

Many believe Solskjaer should be sacked immediately after the worst home defeat to their biggest rivals, a result eclipsed only by a 7-1 defeat in 1895, when the club was still known as Newton Heath.

The Norwegian may well be fired during the week before Saturday’s match against Tottenham Hotspur, therefore giving the club six days to make their decision over his fate.

United’s managing director Richard Arnold reportedly canceled all of his Monday appointments to hold a meeting with members of the Glazer family, the team’s owners.

Solskjaer’s United has recorded five defeats from their last nine games, which has seen their title ambitions crumbling at this very early stage of the season.

The Red Devils now lie in seventh in the Premier League standings, which places them eight points adrift of the current leaders Chelsea. 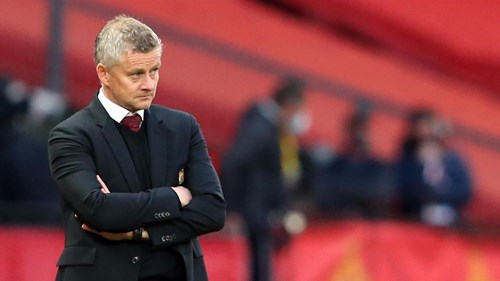 United players had Monday off to recover after the tough game and will try to bounce back against Spurs. The question is, who will be leading the team on their visit to London?

Even after signing the trio of Cristiano Ronaldo, Raphael Varane and Jadon Sancho during the offseason, the club appears to have regressed.

As speculation reaches fever pitch over the possible sacking of Solskjaer sacking, the important question to ask is who will replace him?

Conte would be a logical choice since he has already one Premier League winner’s medal as Chelsea manager, and as Inter Milan manager last season he also triumphed in Serie A.

Unlike Conte, Zidane’s only experience has been to coach Real Madrid on two different occasions, albeit both highly successful spells.

This lack of experience may count against the Frenchman, as well as the fact that the World Cup winner doesn’t speak English.