Augsburg, who moved out of the relegation play-off position with the 2-1 win, took the three points despite Bayern dominating the game. 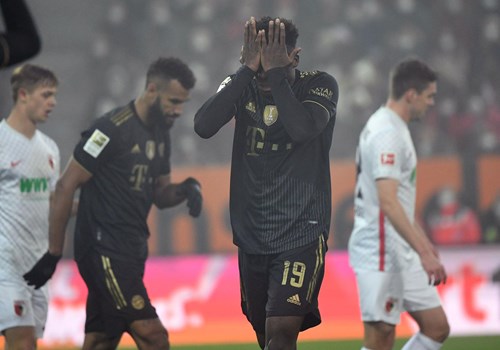 Julian Nagelsmann’s side returned from the international break with a four-point lead at the top of the Bundesliga and dominated possession in the early stages. They were hit by a sucker punch in the 23rd minute when Mads Pedersen powered home a low shot for his first Bundesliga goal.

Bayern, who were without Joshua Kimmich after he entered Covid-19 quarantine, struggled to make chances and Augsburg struck again on the break. Bayern lost possession in their own half and André Hahn rose highest to head in a perfect Iago cross.

The home fans’ celebrations were dampened two minutes later when Robert Lewandowski scored his 14th league goal of the season. Thomas Müller, making his 600th appearance in all competitions for Bayern, provided a backheeled assist from Benjamin Pavard’s cross and the visitors appeared poised to fight back.

But Augsburg remained disciplined in defense after the break and looked comfortable as they soaked up the pressure. Bayern did not create a clear-cut opening until Alphonso Davies’s low shot flew just wide of the post in the 73rd minute. Augsburg’s goalkeeper, Rafal Gikiewicz, then denied Lewandowski from close range as the hosts held on. 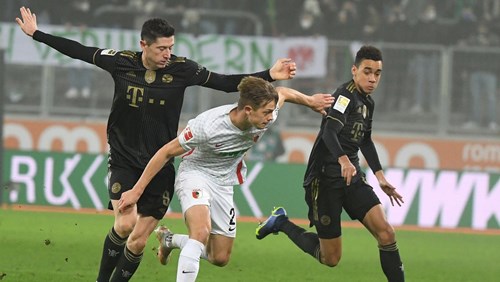 The defeat means Dortmund can move to within a point of the league leaders with a home win over Stuttgart on Saturday. Augsburg climbed above Stuttgart and up to 15th after their first home victory over Bayern since 2014.