The Melbourne Football Club aka the “Demons,” has been active since more than 163 years ago as the team was founded in 1858.

One interesting fact about the Demons is that their original colors weren’t blue and red. Their first uniform was completely white, while their second was pink. They stated using their signature colors starting from 1872.

Although Melbourne has had one of the most remarkable droughts in the AFL as the club hasn’t won a premiership since 1964 (more than fifty years), the team has had an impeccable performance during the -21 season and currently ranks third in the top 8 teams in 2021. 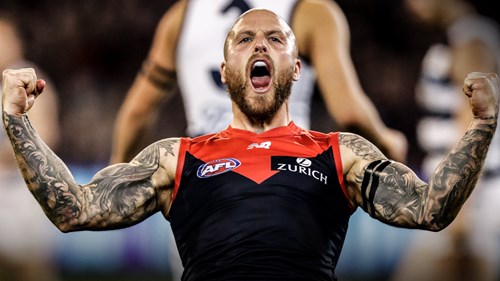 Brief history of the team

Although the team started its activities in 1858, it wasn’t until a year later that they made everything official. The first captain of the team was Tom Wills, person who also wrote part of the Rules of the Melbourne Football Club, which were used to codify the current rules for the AFL.

As a complete football club, the team had their first win in 1900 when they won against Fitzroy. Ivor Warne-Smith won in 1926 the first Brownlow Medal for the Demons. He’s now part of the Australian Football Hall of Fame.

During the first six decades of the XX century, we can say that Melbourne had an average and stable performance as they were present in all the decades – except for the 1910. The team suffered a 26-year drought since their first victory in 1900, as they won their second premiership in 1926 during the Grand Finale against Collingwood.

If it wasn’t for their loss during their loss against Collingwood in 1958, the team would’ve had a four-year streak as they earned another two victories in 1959 and 1960.

The Melbourne Football Club in the Present

Although the team hasn’t won in 57 years, they have had an excellent performance in the present season as they’re currently ranking top three in the teams. They’ve had an impeccable record in the current season, although we are yet to see whether things are still favorable for them in the following games.

Their next game will happen on April 11, and they’ll face Geelong at the MCG. Their previous game was against Greater Western Sydney, where the achieved a total score of 15.12 (102).

Will the Melbourne Football Club be able to maintain their zero-lose streak during the following rounds?