Who goes as winner out of the CAF Champions League match. The South African Kaizer wasnt good last games. But lets hope Wydad will bring us a nice CAF Betting Tip.

A big surprise is looming in the CAF Champions League - at least in a semi-final pairing. After the surprising home defeat last week, Wydad Casablanca has one leg before the tournament and has to make a comeback in the second leg. Kaizer Chiefs, on the other hand, goes into the second leg with a promising starting position.

As the odds comparison of the betting base shows, the Moroccan guests are again favored against the South African representative. Surprisingly, because during the group stage the two clubs met in Soccer City in Johannesburg. At that time, Kaizer Chiefs even outnumbered Wydad Casablanca.

For another win by Kaizer Chiefs vs. Wydad, odds of 4.50 are currently waving. The guests from Morocco will have to risk a lot to crack the defensive bulwark of the South Africans. It is quite possible that the host will park the bus in front of their own goal and wait for counter-chances.

Wydad Casablanca failed to take advantage of the South Africans' personnel worries in the first leg and suffered a surprising defeat at the Stade Mohammed V, the fortress of the Moroccan record champions. In the second leg, the red-whites from Casablanca now have to turn the 0-1 from the first leg.

The two clubs already met during the group stage of the CAF Champions League 2021. At that time Wydad could not exist in Johannesburg, but the group game had no special significance for the record champions from Morocco. With three wins in three group games, the quarter-finals were only a matter of form.

If you take a look at Wydad's latest form curve, the role of favorite in the semifinals against Kaizer Chiefs is understandable. Across all competitions, there was only one defeat in the last 15 competitive games. Before the return leg in the CAF Champions League, Wydad regained confidence with the away win at Berkane and underpinned the title ambitions in the Moroccan Botola Pro. 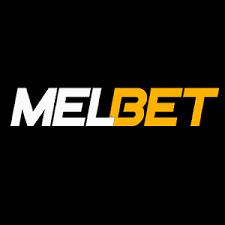