The Yankees are getting plus money? I think too much is being made about James Paxton's struggles. The Bombers still have arguably the best lineup in baseball and will face Charlie Morton, who hasn't been at his best yet this season. My model says New York wins more than 60 percent of the time so you're getting strong value with the Yankees tonight. On the mound, the Dodgers own the best team ERA of 2.39 in the National League and second-best to just Cleveland in the majors. Los Angeles has allowed just 34 earned runs, 92 hits and 11 home runs. The Dodgers have the second-best team WHIP at 1.05.

Dodgers starting to pound the ball

The San Francisco Giants have lost five of their last six and have an overall record of 6-9 following a 7-2 loss in the first game of their series with the Los Angeles Dodgers. San Francisco is five games behind the first-place Colorado Rockies in the National League West standings.

Los Angeles has three consecutive victories following its win to open the series on Friday night against the Giants and has won eight of the last 10. Los Angeles is just a half-game behind the first-place Rockies and has done much of its damage at the plate without its best hitter Cody Bellinger having a strong start to the season.

In the 7-2 victory on Friday night over the San Francisco Giants, Dodgers hit four home runs including the first by Mookie Betts at Dodger Stadium. Los Angeles is starting to turn its season around at the plate and now has the 9th best team batting average at .243 and has hit a Major League-leading 26 home runs.

For sure, Dodgers take this, and they will cover the spread on -1,5 runs 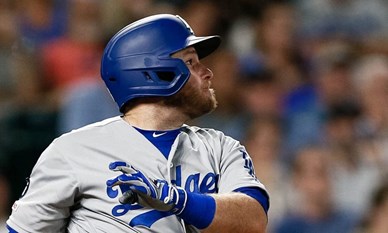