Before club football leaves for the last international break in 2021, the eleventh game day is still on the program in the English Premier League. It will open on Friday evening with a duel of opposites. Southampton hosts Aston Villa at St. Mary’s Stadium.

The term “duel of opposites” does not seem understandable when looking at the current Premier League table, after all, it is also an encounter between the neighbors in the table. The Hasenhüttl-Elf is in 14th place, the guest from Birmingham is directly behind in 15th position. But the current form curve of the two teams is completely contrary.

If a team has no win in the first seven league games of a season and an international break is imminent, many people in charge would probably consider or even carry out a change of coach. Southampton was unsuccessful seven times in a row, but the Austrian head coach Ralph Hasenhüttl was out of the question.
Seven points from three games

Already after the respective 9-0 defeats in the last two seasons, the trust of the club management in Hasenhüttl was admirable and again this appreciation seems to be paying off. In the last few weeks the turnaround was achieved and after the maiden win against Leeds United, Southampton also scored against Burnley (2: 2) and last weekend against newly promoted Watford (1: 0).

In addition to a possible bet on the home win, Southampton usually also offers a tip on under 2.5 this season. Surprisingly, odds of just under 2.00 are offered for this forecast between Southampton and Aston Villa.

With an average of 2.10 hits per league game, the Saints, along with the Wolves, have the lowest score of all 20 PL teams. In the home games there was an average of only 1.60 hits per game, the only successful exception was the last home game against Burnley (2-2). 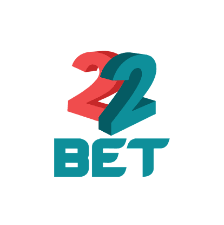