The first home game for the Seahawks without Russell Wilson is coming up and with the New Orleans Saints they are not exactly an easy opponent. Especially defensively, the Saints are doing very well so far and only allow 18.2 points per game - fourth-best value in the entire NFL.

In this respect, backup quarterback Geno Smith will also have a lot of work to do. In his first game in over two years, he did not do badly against the Steelers last weekend, even if the game-winning fumble was on his head in the end.

Special Bonus : you win if your Team is front in the 3 quarter and double your Win if Winston 228 passing yards at Stake Sportbook 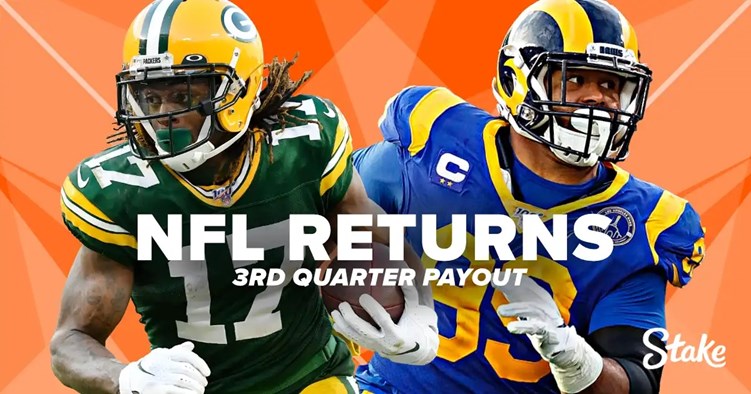 At Seahawks versus Saints, there is more speaking for New Orleans than Seattle. All Hawks fans have to face this fact and thus a start of the season with 2-4 wins is a very likely scenario.

However, since we are assuming a fairly close game, a big play on their defense could also cause a surprise. It would be about time that something positive came about. So there are some uncertainties in this game.

For us, at Seahawks against Saints, a tip on a back and forth is the best option. In other words: No team should score three times in a row without the other team not putting at least one score on the board.

As a further betting recommendation, we speak at this point between the Seahawks and the Saints for the betting odds on the tip in favor of New Orleans. Even if Seattle will try everything not to lose the third home game in a row, we do not expect it to succeed.

The Saints are in a half upheaval. So actually only in one position, but since this is the most important one with the quarterback, we can already speak of upheaval. Accordingly, they are difficult to assess this season.

Superior victories like against the Packers or Patriots alternate with embarrassing defeats like against the Giants. Of course, a lot has to do with the inconsistency of the new starting quarterback Jameis Winston. Its achievements fluctuate between world class and district class.

Surprisingly, however, the title world class hits the core more often this season than it was in his years with the Buccaneers. He seems to have gained a lot of experience there.

With a passer rating of 108.1, Winston is even among the top 5 quarterbacks of the NFL in this category. So the QB duel on Monday should clearly go to the Saints. Since we also rate them more defensively, they are also considered the favorites.

Not only the bookmakers but also we don't expect a high scoring game overall, which makes betting on New Orleans difficult for us in general. A fumble or an interception is enough to turn a clear 17: 7 into 17:14 and destroy all handicap bets.

Thus, with Seahawks vs. Saints, the odds on another bet are the most interesting for us. That no team scores three times in a row. This is a very good betting option due to the prerequisites and the few points to be expected.